Every English person we asked about the Scilly Islands on the way commended the islands. They were said to be idyllic. You have to see it, is what two motor yacht sailors told us in Little Hampton. They even gave us brochures. However the Scilly Islands are surrounded by ocean and there is no marina, merely mooring and anchoring locations. You definitely need nice weather. Are the Scilly Islands a realistic goal to journey to?

Finally, in 2015, Astrid had stopped working and we could take our long dreamt of journey with our Trintella IIa. We had never sailed the Channel farther than Poole on the English coast and Fécamp on the French coast before. We had once been blown about stuck in Fécamp until… it was time to return to our obligations at home. The west winds also tripped us up on our journey in 2015: waiting in Dover, waiting in Brighton, waiting in Yarmouth. The wind kept blowing us out of the direction in which we wanted to go. All of the places were great though, so we had a good time. 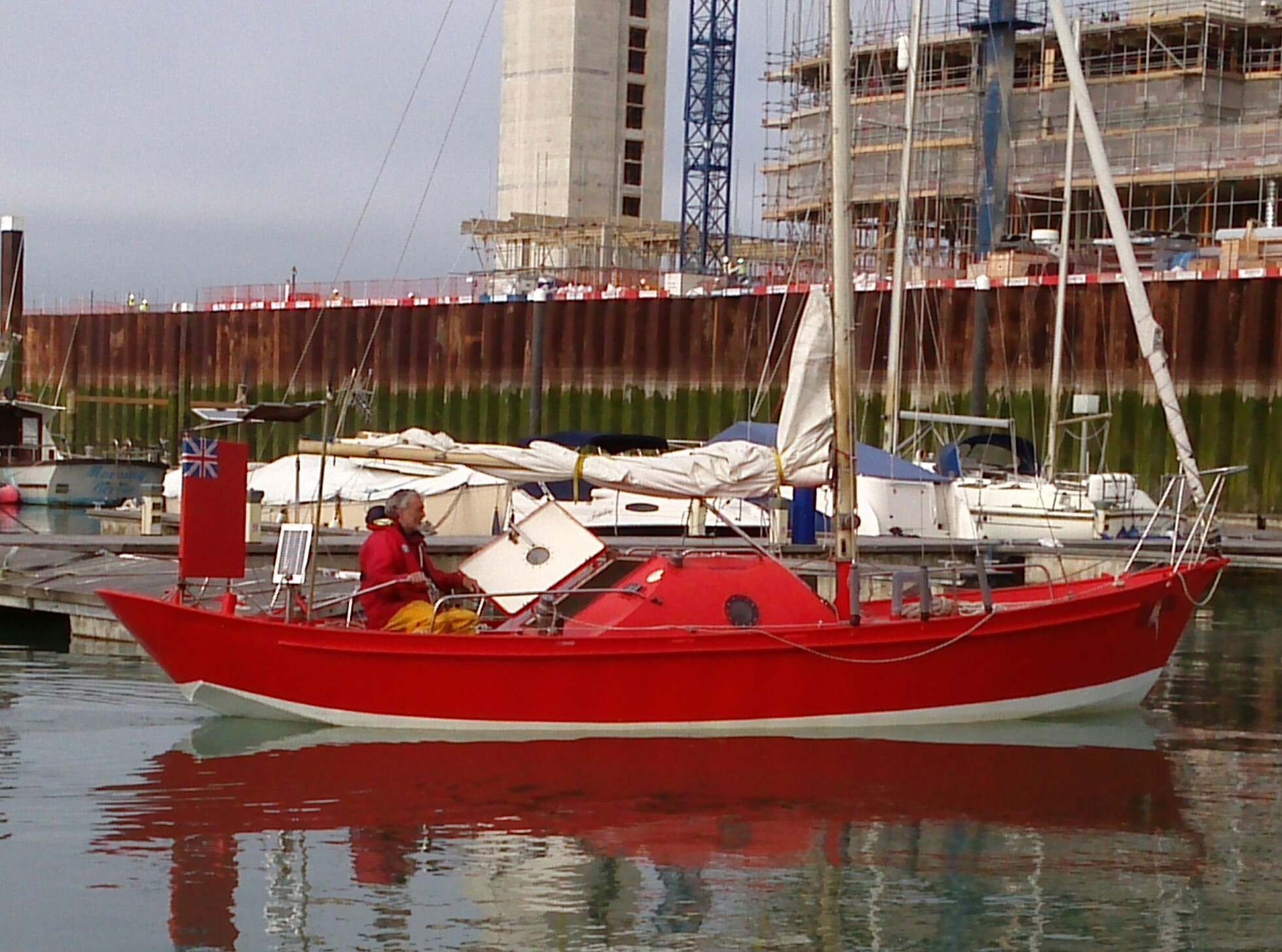 Part of the good time was because of contact with other sailors. In Brighton, I spoke to John, who has a self-built steel yacht which has a hatch that makes it look like a submarine. Very convenient if, like him you want to sail to Iceland. He told me his yacht was too stiff and I learnt that this causes sails to wear down quicker. Which makes sense.

An Englishman in Yarmouth, on Wight, recommended that, due to the severe winds, we should sail to the Channel Islands of Alderney first and cross over to Dartmouth from there. He suggested this because we would not have to sail Lyme Bay then because that is a course that goes south-west. You would have to wait in Alderney for a north-west wind if you wish to sail Dartmouth. It should not be a long wait. We learned that the weather in the Channel is a cycle. This is in accordance with the statements of Clemens Kok in his unrivalled pilot about the Channel: A few calm days due to a passing back of high pressure followed by changes with strong west winds.

From Yarmouth we sailed with sputtering pipe water and a 5BF wind to Old Harry; the cape at Studland Bay. We anchored there sheltered by the cliffs for a night. The wind is calmer the next day and we sailed until Portland, with its giant marina harbour. We picked up a free mooring buoy in the luxurious marina. We attempted the crossover to Lyme Bay the next day. The still blowing west wind had gone down more so that makes for a long motor sailing trip; all the way to Dartmouth. Finally, a place we had never been to by boat.

There are three marinas in Dartmouth. They are in the river and we chose the one further up stream. Dartmouth is lovely and magical. There is a station without a train: a neighbouring landowner refused the building of the tracks on his property a long time ago. On the opposite side of the river Dart, in Kingswear there is a train; a fabulous old steam engine. On its course to Paignton on the Torbay, it stops in Greenway, the former residence of the famous author Agatha Christie. Male tourists gather around the steam engine in awe when it is filled up with black coal and water.

After Dartmouth we sailed on and visited the lovely town of Salcombe and after that the city of Plymouth. Next is Fowey, in Cornwall, where we anchored on the mooring buoy in the river delta. The west wind plagued us even now. We lost faith that the west winds would stay down for about a week. That’s what you need to reach the Scilly Islands by yacht: about five days of calm, stable weather. However we think that a calm period is not going to happen. Warmth was definitely out of the question as well; no more than 22 degrees this English summer. We regret to admit that we had to forget about our dreams of the bays and beaches of the Scilly Islands.

We returned alongside the English coast and visited the wonderful Yealm River. It can be enjoyed even in the mist and drizzle that followed us for a few days. We went to Portland again after Brixham and Exmouth and decided to visit the peninsula. From there we crossed to the Channel Island Alderney. We had to sail on the engine from lack of wind. Near to the island we learned via the naval phone of a wind forecast of 7BF from the north east. That wind would blow us straight into the bay of Alderney. Only a crazy person would hang their buoy there, said the Shell pilot. Slightly panicked we called the harbour and the harbour supervisor advised us to choose a mooring buoy on the east side of the bay. The forecasts were wrong fortunately.

The next day a North West 7 wind is forecast. We decide to move the boat to a buoy behind the gigantic wall that shields the bay of Alderney from the sea. The North West wind comes, but the spot we picked is not ideal. After the wind settles, a swell comes into the bay and rocks the boat. Needless to say we did not sleep very well. The supervisor of the harbour who came to collect the 20 pounds mooring fees knows of the Trintella brand. He thought the wharf in Den Bosch fabricated fast motor boats as well. Although Alderney is worth a longer stay, we decided to sail to Guernsey after walking around the western banks. The weather forecasts are what make us leave so quickly. We feared restless nights. We visited the city of Cherbourg after Guernsey. We met Flemish gentlemen with a rugged Fisher 37 who have also not dared to sail to the Scilly Islands.

We sailed through the bay of the Seine and moor in many different harbours after Cherbourg. We met Englishman David, an expert of the area who writes about it for the Yachting Monthly magazine. His 28-foot traditional ‘gaffer’ had a secured mooring spot in the harbour of Carentan, because a mooring location in his hometown Chichester across the Channel is five times more expensive. Once again we encounter interest in our Trintella – this time from Dutch people. We met another Trintella; a 45-foot one; in Deauville. I am allowed to admire the opulent interior. The family did visit the Scilly Islands, and experienced a wind of 8BF on the mooring buoy. The wind had been fine but the swell that went into the bay after the wind went down was not. ‘It was as if we were rolling in wave breakers’ was how these sailors described this drama. Apparently no one has any luck when sailing the Scilly Islands! 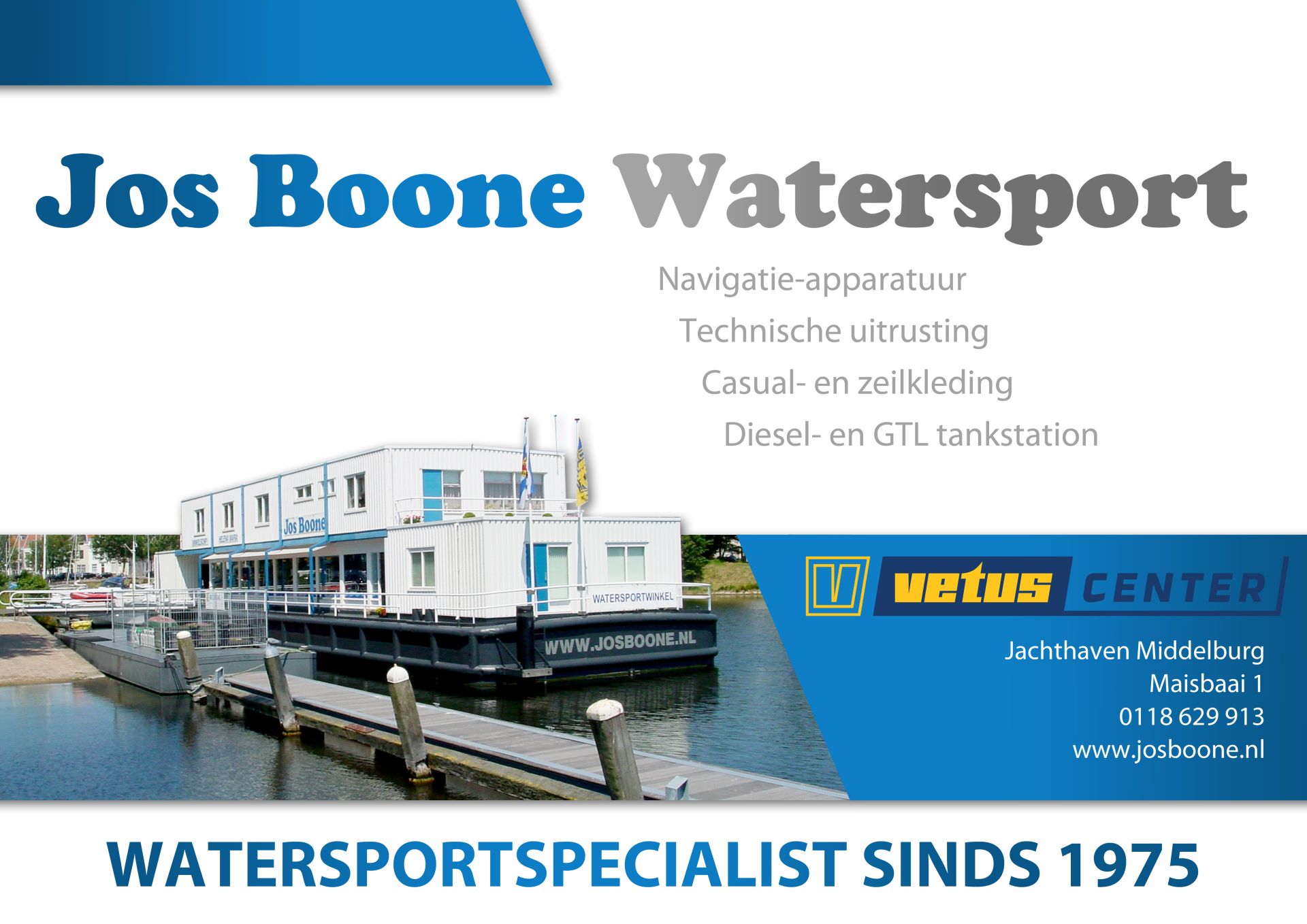