After three Fall Meetings it was high time for us to join in with our own boat and acquaint ourselves with the Spring Meeting during the Ascension Day weekend. Our ship’s berth is in Amsterdam, which meant: asking for leave in time, so we could be sure that we had enough time to sail to Zeeland and back. That meant an early vacation this year.

I say this is our first Spring Meeting, but that’s not completely true. Three years ago, we saw that a Trintella IIIa was for sale, yet we were hesitant: we knew about the good Trintella reputation, but the boat was rather old, even though it had been renovated, and was it a good fit for us? Would we be buying a pig in a poke?  During our internet research on Trintellas, we noticed that there would be a meeting in Amsterdam, during the Ascension Day weekend. With the prospect of seeing a lot of Trintellas together (and what their owners were like), we decided to be a bit bold and have a look. We received a very warm welcome. We were even allowed to view some interiors and could experience the vibe from the boats and the association. Our decision was made not long after. And that is how we ended up in Veere with our Candor this year. Being at a meeting ‘with your boat’ instead of just participating in the Fall Meeting’s activities is completely different experience. I mostly noted the “organised chaos”. This begins when the boats arrive; after all, some are at the gathering point early on and others pull in later, but always at different times. Eventually they have to be organised on ‘boat size’, which requires a lot of discussion and manoeuvring. All of this happened in a calm, collected and friendly fashion.  This year we celebrated the association’s 50th anniversary. We were celebrating and wanted everyone to know. Although it had been scheduled for later that weekend, the boats were all nicely decorated on the first day. It was quite a sight. It wasn’t the smartest thing, however, so it had to be undone before the race on Friday. But the sun was shining and cast the procession of 36 boats in an idyllic light during their contest of finding the best balance between course and wind.  After a (nearly) perfect race, Veere was waiting for us. The Trintellas were newly decorated and, tired and satisfied from their accomplishments, crowded the port entrance, where a warm welcome with music and salutes greeted them. It was a great fit for the appearance of the ships, in my honest opinion. We drew a large quayside crowd, who were possibly hoping for an accident with all the manoeuvring of that many boats in the narrow harbour. I’m afraid we let them down… We hadn’t needed to be anxious about sailing into the harbour in the proper sequence, as it was smooth sailing with the cooperation of organiser Willem, perched outside of the harbour, and harbour master and Frans, inside the harbour. Planning ahead turned out to be a great idea, and soon the harbour was filled with festive Trintellas.  Veere was excited to have us… We didn’t just have drinks in the Yacht club, but there was a real jazz band waiting for us, a very loud welcome.  I am now moving on to Saturday, the day on shore. The Concours de Créativité was planned for that morning and was a real hit. Or so I have been told. This was the more technical part of the programme, and apparently the classic role patterns between men and women were still an unwritten rule. (I am sure this will change in the coming years, meaning that, for example, I won’t be the only woman present at the meeting about diesel engines and their fuel.)

It proved to be a good opportunity for me to meet my neighbour and we had a great conversation about our other shared hobby: knitting and everything else to do with wool. She gave me some lovely tips about websites, addresses and fun meetings. A new phenomenon: knitting nauticals?   The men in the Concours were so excited they very nearly forgot about the next activity: a cruise with a classic Hoogaars, a Schokker that turned out to be a Hengst. But we are very lenient, no problem.  For those who could not get enough of it, there was the opportunity to take the wheel or to help with the leeboards, a new technique to master.  After this trip we skipped the intended city walk and took a short rest to prepare for the festive dinner that evening. We were very curious about the results of the competitions, which would be announced after dinner. The gusto for this special gathering, celebrating the 50th anniversary, was so abundant that the Yacht club was too small to host everyone. The board acted as Solomon and decided that the main buffet would consist of two shifts, but the dessert would be collectively.  This last get-together was also used to reminisce about the special history of the association. The Hemeldonck family offered a nice peek that resulted in many touching memories, especially for the senior members. It so special for an association to have members that have been so loyally active, pater and mater familias Van Hemeldonck a great example, or the ever-present Riekie Wever (who won’t allow us to be on a last-name basis). I have noticed how she fulfils her role as hostess and protrectress with the greatest care, always welcoming everyone and getting to know them personally. 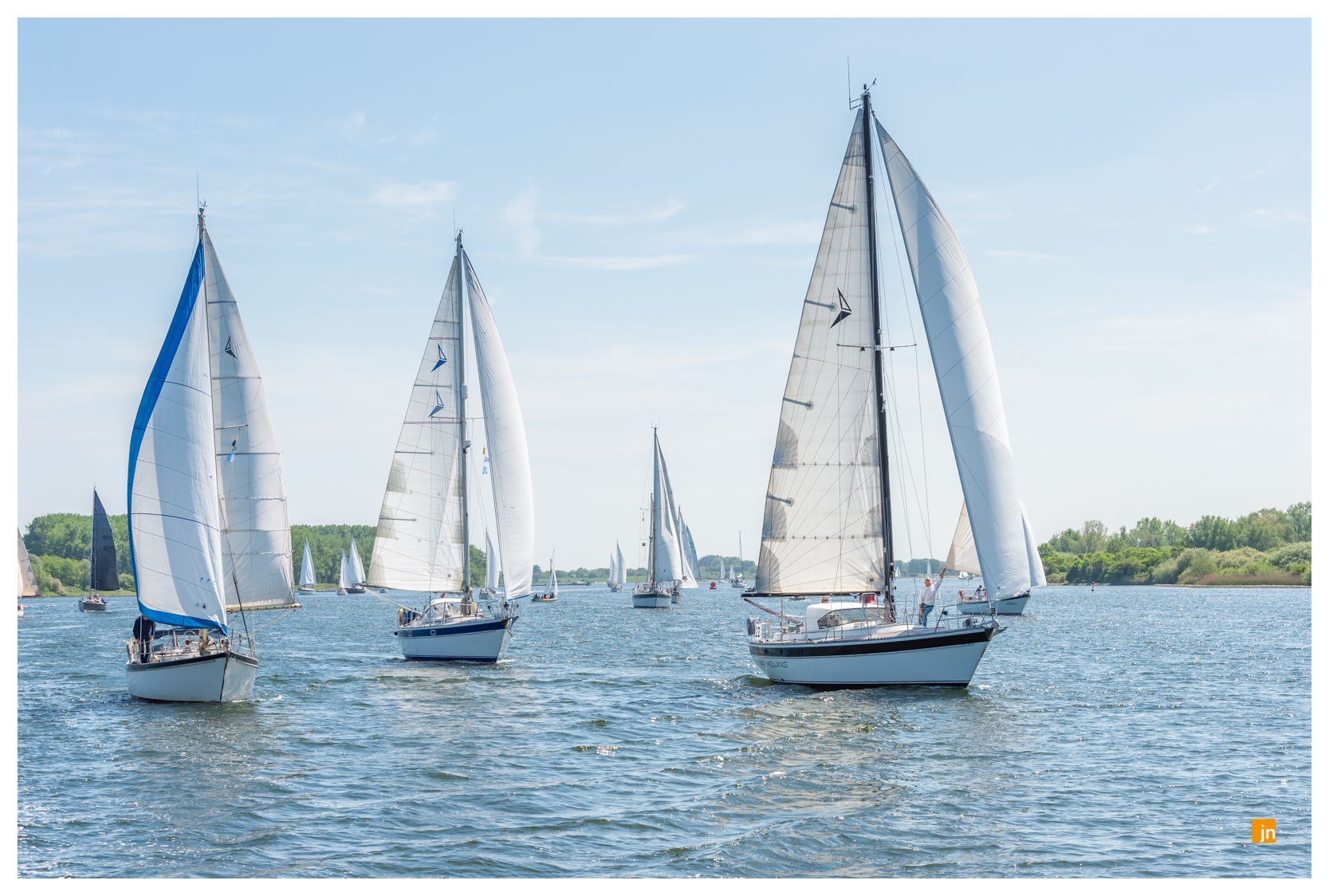 It is very clear that the association might be 50, but alive and kicking, when we see the new and enthusiastic members. Some have only joined very recently, because their boats are only just finished, turning out very beautifully. It was extra nice for two of them to be rewarded right away; one of them won in the Concours de Créativité, the other and their crew came first in the sailing competition. The pride and excitement were lovely to witness. Should anyone think that the results were meddled with to encourage the new participants: the crew of the start and finish ships (Frans and Yvonne) have commendably recorded all start and finish times. Kudos! Several international members were present, Germans and Belgians, but also members from overseas: Shelley and John Brownslow from the USA were touring in Europe and were able to join the Spring Meeting, and Giles Davis from the UK even joined with his Trintella IV called Sunbeam of Birdham.

I wondered what it would be like beforehand, to spend three days with each other, but I was not bored for a single moment. In fact, I had three great days. I would like to thank the organisers: Ineke and Piet, Willem and Trees. And to answer our question from three years ago: both the boat and the association are no pig in a poke, but a treasure in a poke. 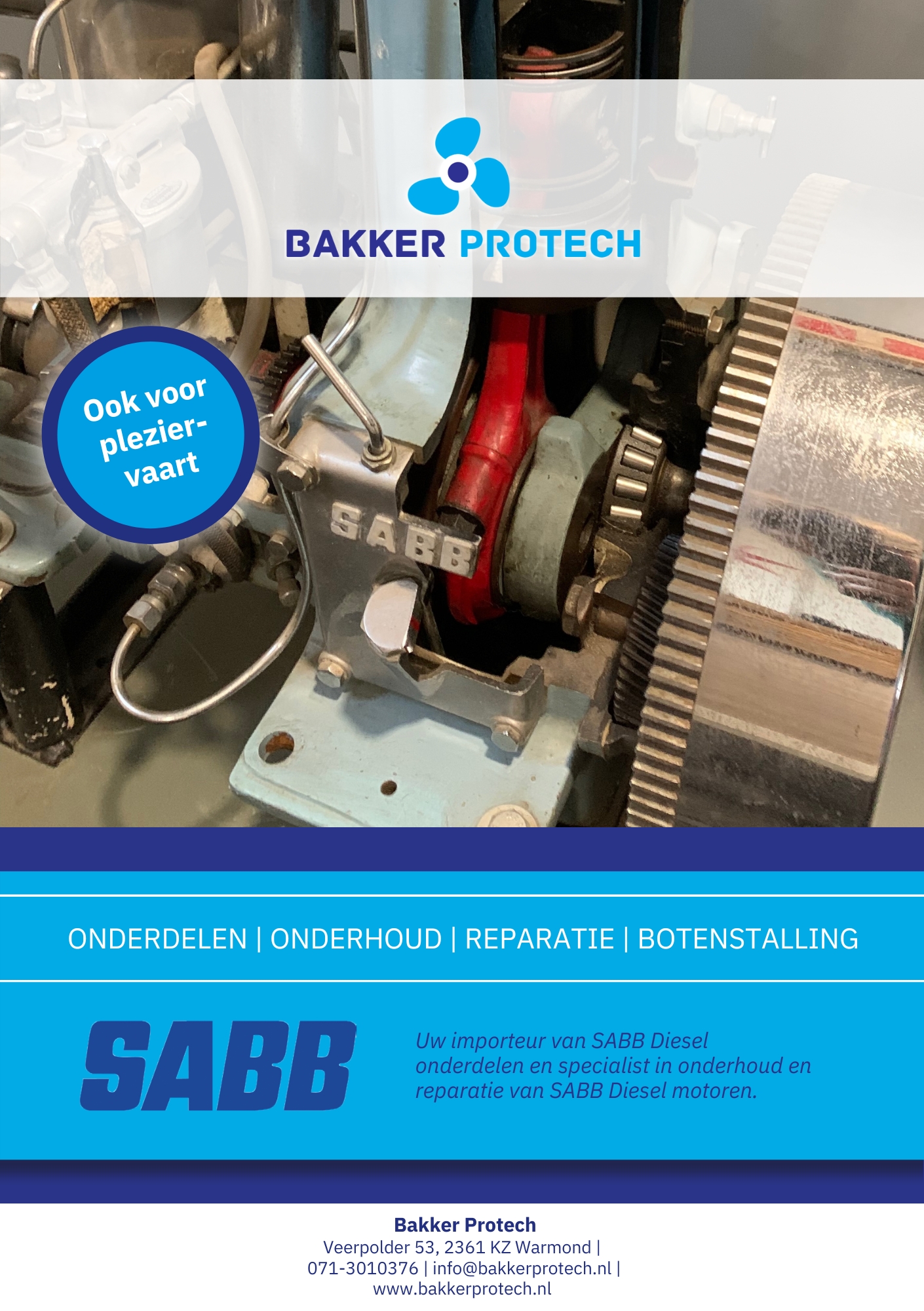