This year’s anniversary  Fall Reunion on Saturday November 17th  in ‘s Hertogenbosch was festive.  You can read a report by Astrid Ophof (Trintella IIa, Northwind)

The festivities to celebrate the 50th anniversary of the TVK would take place in ‘s Hertogenbosch, on the old Trintella shipyard where Anne Wever worked on most of our Trintellas. We barely got out of the car when the first warm embraces were given. It is heart-warming to see how such a little “boat”, this Trintella, can unite people. Everyone was glad to see each other again, and share the experience (and tall stories) of our sailing season.

With amazement and admiration I looked at all of these people, 130 of them, that believed it was worth celebrating this milestone, and their mutual love for the Trintella. The old Trintella that was still on the old shipyard’s terrain was ogled with curiosity, especially by the men discussing its technical state. The wellbeing of the boat was never long from our conversations.

A fun program had been planned, with something for everyone. After coffee and the traditional snack “Bossche bol”, and an introduction by our outgoing chairman Loet, we were off for a boat trip across the surrounding waters. We were very lucky with the sunny weather. 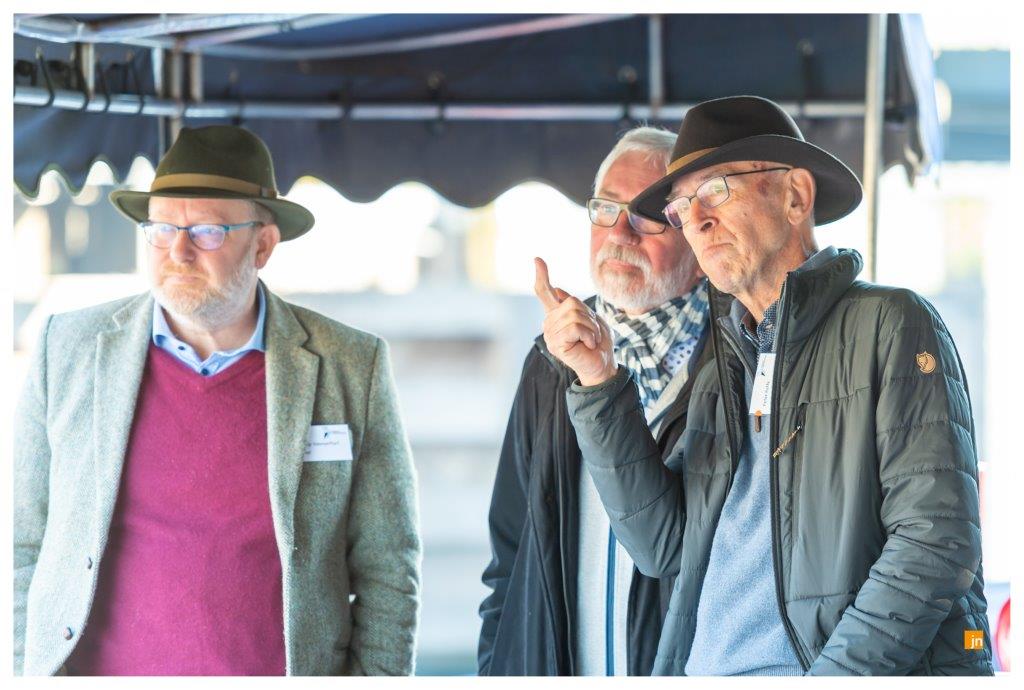 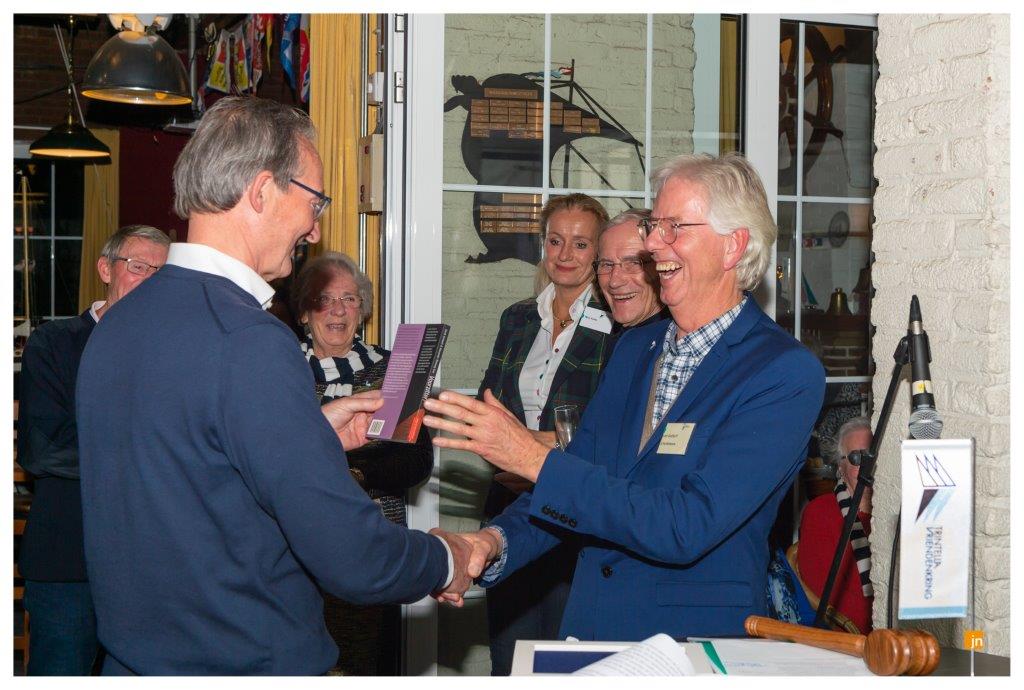 “Do you have a green or a red dot on your name tag?” acquaintances asked each other. Many turned out to be in the same tour boat. It was fun to catch up while enjoying a drink and snack, and the beautiful view and sun. We’re always getting to know each other better. I again noticed how easy contacts were. People were not just interested in the shared hobby, but also in the person behind it. It was nice to see and be a part of.

After a walkabout in ’s Hertogenbosch, as busy as Amsterdam on a Saturday, the cruise continued. Moving on towards the drinks and diner and the Trintella shop where shirts for the new sailing season could be purchased.

During the drinks, speeches were held, goodbyes were said and our new chairman Helms was welcomed. It was all accompanied by a beautiful film and photo montage of 50 years TVK. The dinner commenced, a logistics performance in its own right. It was delicious and I enjoyed it!

And the festivities did not end there. Riekie Wever gave us, the participants, a placemat with a picture of Trintellas in action during a race, as a memorabilia for this lovely day and occasion.

Another boost was the reveal of a new and stylish design for a Trintella that will hopefully be built soon.

The TVK and her members will be setting sail towards a bright future. 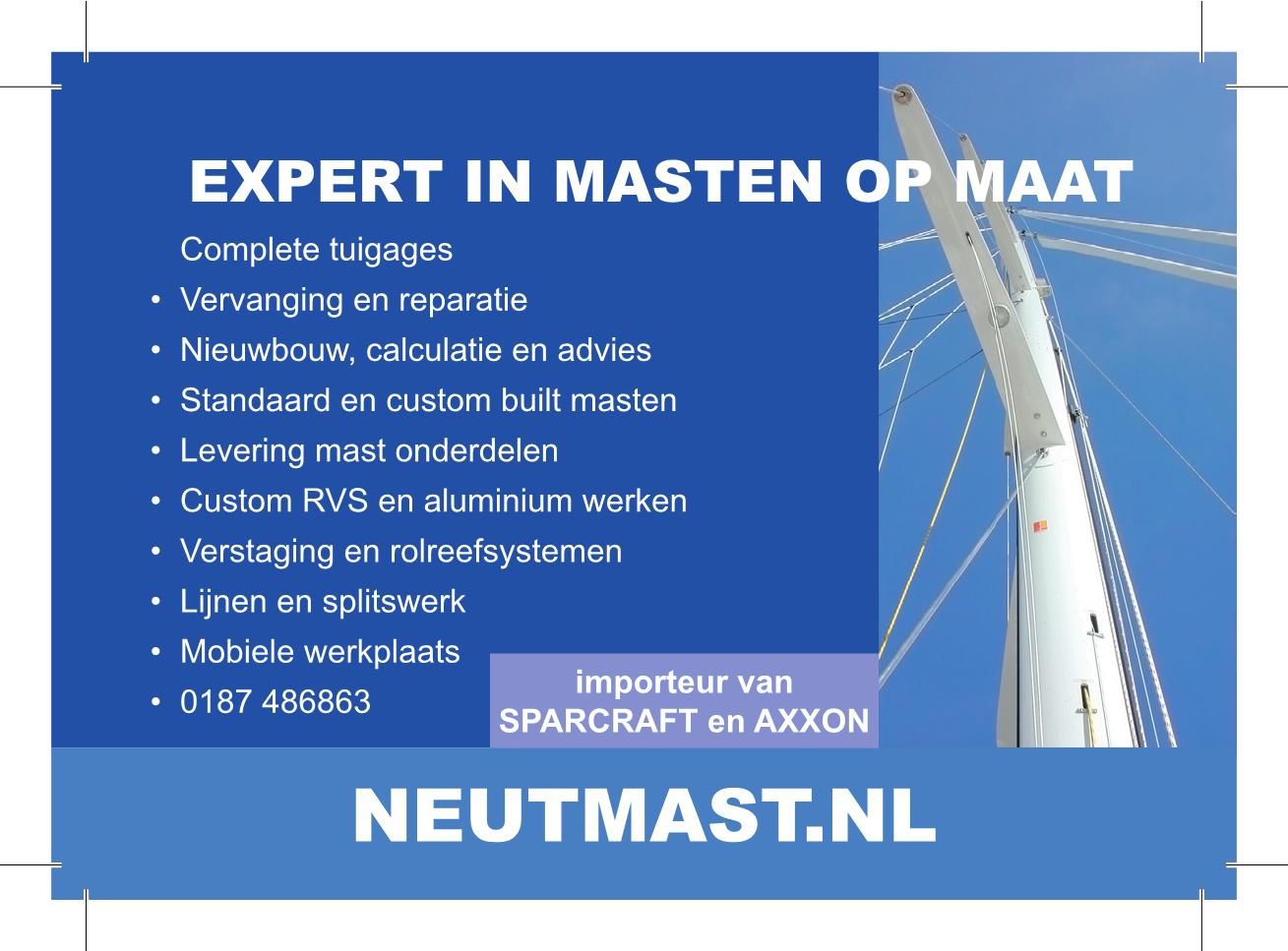