The weather was – as pursuant to previous spring meetings – pleasant: it was sunny and the temperature was lovely, especially on Saturday. We started the meeting on Thursday with dock drinks in Kortgene, offered by one of our protectresses, and followed that with an enjoyable dinner. The next day we set sail for Veere, with changeable winds guiding us across the beautiful Veerse Lake. 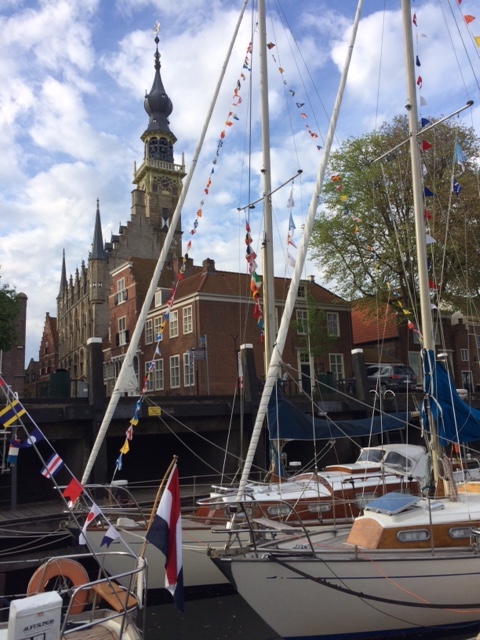 Commenced by the firing of canons and under the watchful eye of those on the quays, we sailed into the city harbour of Veere late that afternoon, in column, all ships beautifully decorated and with the classics coming last. On the docks awaited welcoming drinks, offered by our new members Thomas de Baets (Trintella Ia, Lupe) and Alfred Gräfingholt (Trintella Ia, Summerwind), enlivened by the music of the Seasight Jazz band. Saturday morning the Concours de Créativité took place, not just for the classics but for all series. It was useful and fun! Everyone was enthusiastic about the activities that afternoon, both the cruise on a Zeelandic Hoogaars and the city tour with guides. The afternoon was concluded by a welcome from the mayor of the city. Due to the numerous turnout the dinner was enjoyed in two shifts, after which we had a joined conclusion to this festive and fun anniversary gathering. After logging in on the website, members can find the pictures of the Spring Meeting under Evenementen\Foto’s Evenementen\2018 Voorjaar Veere. It is recommended for those who joined the event and those who haven’t joined this year. 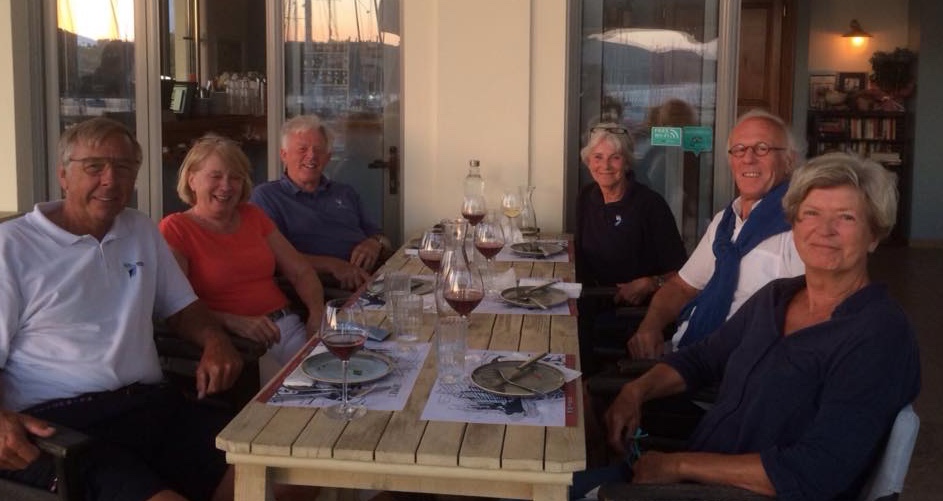 Our 50th anniversary has also been celebrated along the Mediterranean!